Yesterday morning after breakfast I went to the nearest gas station to borrow a reserve canister and was going to get a can from there to my bike. Hoping, that some rest and fresh gas might magically revive her spirits and she would start and run again. I know, this is not how engines work but remember that she's Italian and a race bike, they are temperamental some times. 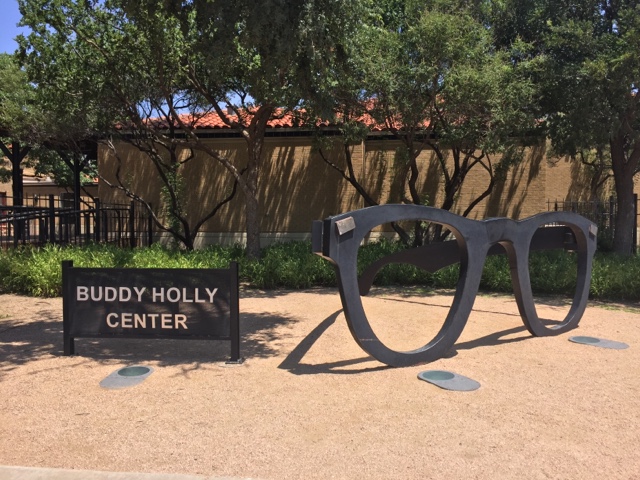 I told the attendant my story and he gave me a canister that must have met every single gas canister security standard there is in Texas. It had a lid made of a balled up plastic bag. A guy who had been standing next to the other door and overheard my story said that he'd give me a ride to my bike. I happily accepted. Obviously, he was a motocycle rider. I'd have done the same thing for a fellow rider. So I filed up that canister and balanced it on the middle console of his truck while we were driving the mile to where I had left my bike the night before, trying not to inhale too deeply. Interestingly, I had seen him walk from his truck into the shop and somewhere in the back of my head I had thought "Maybe this guy will give me a ride to my bike." Funny how things work out. Maybe I should consider a career as a psychic...

His name was John and he said that he and his girlfriend Ami were riders, too. I explained what I was doing in Lubbock, where I came from and where I was headed and he asked what I was looking for in Lubbock so he could give me some tips. But before he could elaborate, we took care of the bike. I filled the tank and she started, but not right away like she usually does. And she still sounded different and didn't seem to have a lot of power. But when we removed the air filter, revved the throttle a little and let her run for a few minutes, she got better so that I was actually going to ride her. But I still wanted to have her checked out to make sure I'd make it to Boulder without her breaking down in the desert or the mountains. The night before I had been at a bar and talked to the bartender, Will. When I told him my story he gave me a few tips for what it could be and also the name of the shop he used to go to before he sold his bike to go to school. So there are men out there who are good looking, nice, and smart. All at the same time ... Anyway, first, John and I stopped by a friend of his, Larry, a crazy looking artist who showed us the design of his newest and very cool piece, an animated neon sign of the masked rider, apparently a Texan icon. Then, John and I agreed that I would come over to him and his girlfriend for dinner. When I'm in strange places, I do prefer to meet people one in one and really get to know them, vs. running from one tourist attraction and bar to another without making any rea connection. So I was looking forward to a fun evening with two true locals. 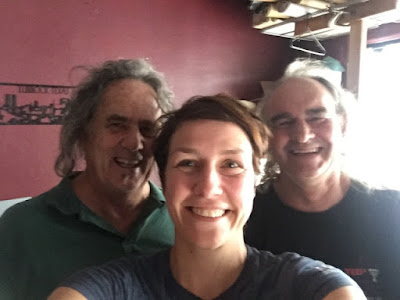 But before that, I rode to the shop. Watts Yamaha. Another bunch of loveky mechanics. I'm so glad that my bike is so old and all analog and doesn't use any software at all. It would suck if I had to go to a certified shop because there aren't that many For Ducati in Northern Texas. The mechanic couldn't find anything wrong with the engine. Only, she was low on oil. And that must have been it. And I felt so stupid. I stopped checking oil every day because she never seemed to use any. But my trip, over 8,300 miles so far (almost 13.400km, boy, that sounds so much more. Only 6.600km more and I will have made it half around he equator!!) had put extra strain and lots of miles on her so, naturally, she started using more oil. I mean, I need to stretch every day and ideally run and work out so I won't just fall off the bike after 6-8 hours of riding.

Once she had been taken care of, I went to the Buddy Holly Center. It's amazing how much memorabilia they were able to gather, given that he only made it to age 22. And also what he had been able to accomplish by then. Like so many others, it makes me sad when someone dies so early and so unnecessarily. And what the world could have been like if they hadn't died. Just imagine, Jim Jenson had died at 22. A world without "The Muppets"... That's not a world I would want to live in.

Afterwards I went back to my Caboose and took a nap before dinner, the Airbnb place which was an actual caboose behind a Bed & Breakfast. 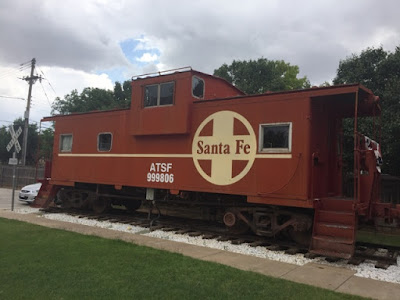 Dinner was lovely. As expected, I had a great time and when I rode back I knew I had new friends. And not just anyone but interesting, lovely people, who just offered their home to a random stranger in bug splattered motorcycle gear who walked into a gas station. And it felt so much better than a checked off list of sights. And without the bike trouble, I wouldn't even have met them. And this is what has happened and will happen so often in my life. Something not so good turns into something great. I only need to stay positive and not get angry or pissed off. 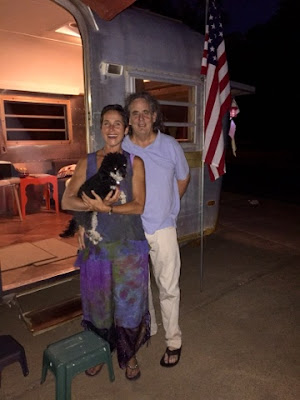 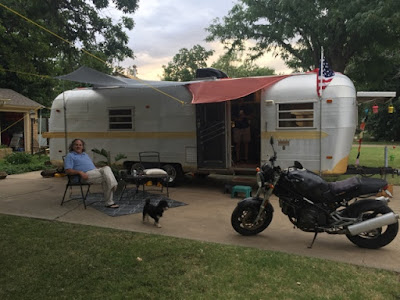 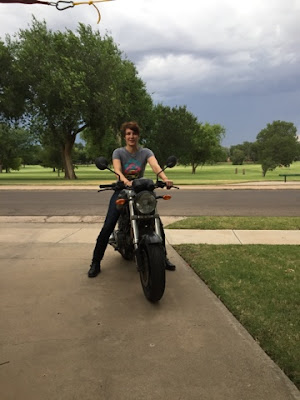 Now I am in Santa Fe. Another six hour ride but I have a day off tomorrow. The roads to here made me realize happily, that I am getting closer to home. Drier air, less green and no more alligator or armadillo road kill. Just long stretched highways all the way to the horizon. A sight that was one of the main reasons I wanted to take the trip. 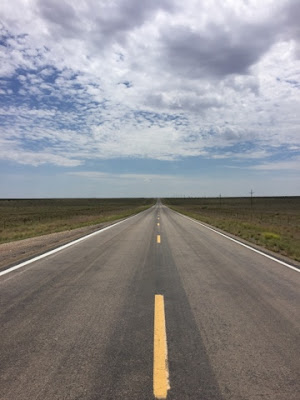 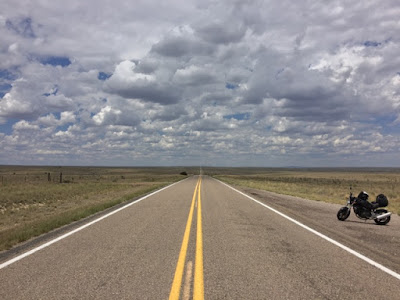 It's actually under 70 degrees right now (17 Celsius). And I realized that something felt different when I arrived at my inn. I didn't sweat! Boy, it felt good. I can't wait to go on a run tomorrow. And, of course, to watch Germany beat Italy in the Euro 2016!