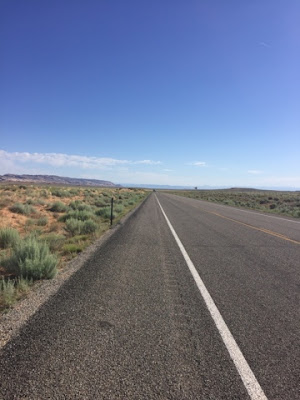 Yesterday was, hands down, the most beautiful day I've had on my trip. After the day in the mountains I thought it couldn't get any more beautiful. Boy, was I wrong.

I started relatively early because of the heat and headed west on I70 for a few miles before I turned on highway 24 towards southwest. Through the desert with mountains and the long stretched road straight ahead. The rocks had gotten more red and looked more than what I had seen in Arizona. Stunning.

Apart from the heat that was getting worse, I would have been okay if the rest of the trip had gone through the same scenery. But it got even better. I reached the Capitol Reef National Park. Windy roads through stunning red cliffs and rocks left and right. Sometimes I felt inclined to duck my head and pull the throttle to avoid one of them falling on me. 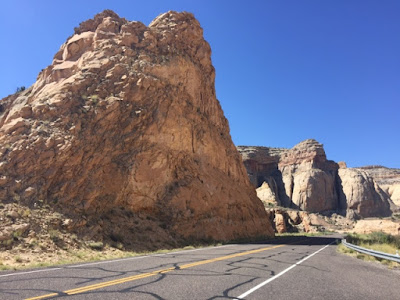 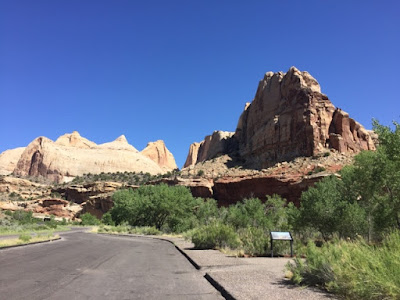 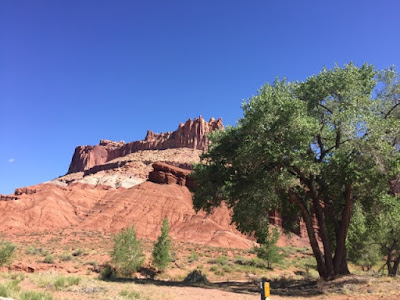 After a while I thought I had ended up on Mars somehow. This area of the state might not be easy to live in but it's definitely breathtaking to visit and ride through on the bike. And it got better still.

After almost 100 miles traveled which was half of the day's leg I turned on Highway 12 towards Bryce Canyon. And found myself going uphill on an even prettier road through a forest and views over the area I had just driven through. I was craning my head and finally reached this overlook. 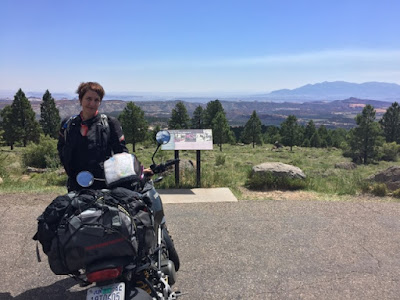 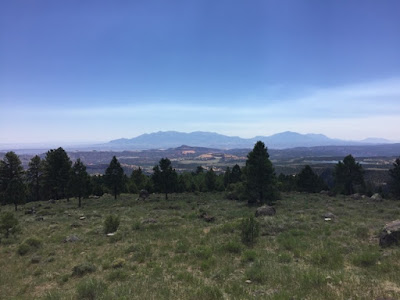 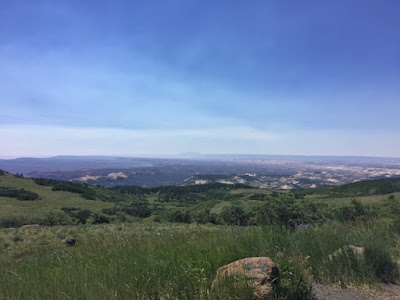 I couldn't believe that I had just been in that desert and now in the alps. Within less than two hours. And it got better still. After lunch, I reached the Grand Staircase-Escalante National Monument. The road went along a ridge with unbelievable views on both sides.

No photo nor words can appropriately describe what I saw and felt. I pulled over, got off my bike, sat down and cried.  And then I had to focus on not dying. The windy road on the ridge with deep drops on either side and steep downgrades had those black slippery stripes all over the pavement. Every time I crossed one I felt my bike slip a little. That explained the speed limit of 30 miles. Which I was happy to stick to on that road. So I didn't die. And I was able to enjoy the views. The priceless views. Another ride that made any inconvenience of this trip so worth it. Like not seeing my friends for months, living out of a tiny bag, sweating like crazy, the stiffness in my body. Who cares! 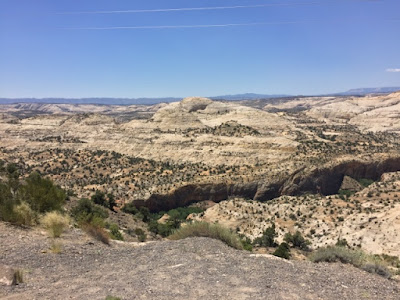 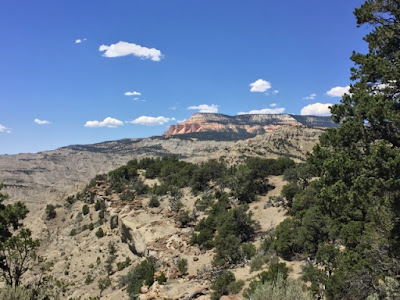 And it kept getting better. When I arrived at my hotel I dropped my bag and continued to Bryce Canyon. Just another 90 miles on top of the 200 of the day. And worth it: 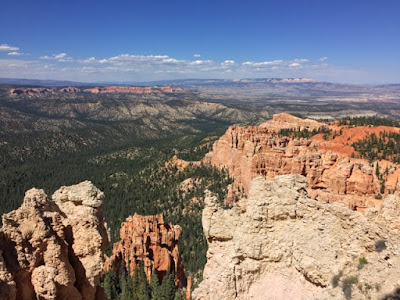 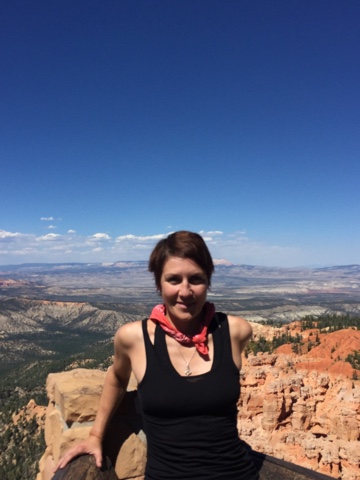 And if that wasn't enough, I ended the day with a run at sunset. 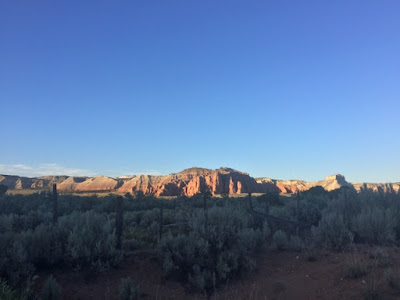 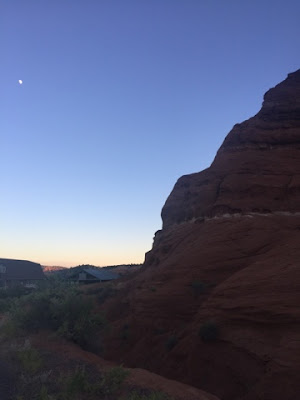 There might be all kinds of things people don't like about Utah. But the nature can't be it.