New Orleans And Four States In A Day - Day 30

After riding from Luisiana through Mississippi, Alabama to Florida today, I thought I would arrive at the East Coast tomorrow but no matter how often I open all of my weather apps, they tell me that there is going to be a ton of rain all over Florida tomorrow. So I decided to spend another night in Panama City Beach and ride straight to Savannah on Tuesday.

The last two days I stayed in a lovely Airbnb, owned by a Czech in the heart of the French Quarter in New Orleans, or NOLA (New Orleans, Louisiana). Half a block from Bourbon Street (kind of like Ballermann, Reeperbahn and all other party streets in the world combined with restaurants, art galleries, hotels, and music clubs all in theses beautiful houses with the balconies, NOLA is famous for). 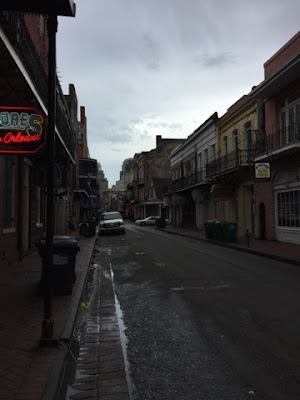 With its high ceilings and wooden beams the place reminded my of a place I stayed in on Paris for a month. Although, it was a few hundred years younger than that one. And there were a few pets in the house, which made me like it even more. The cats looked like they had at least one sheep in their pedigree, were quite shy at first but eventually became really friendly and trusting and the two afghan dogs were really sweet and so decorative! And so flexible. 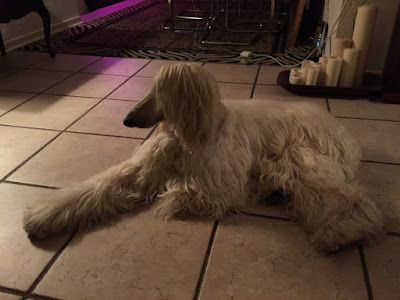 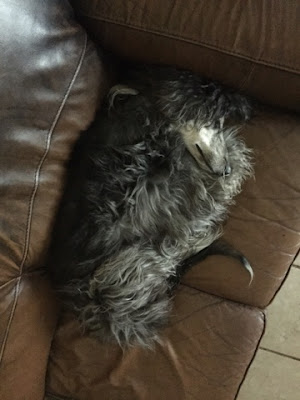 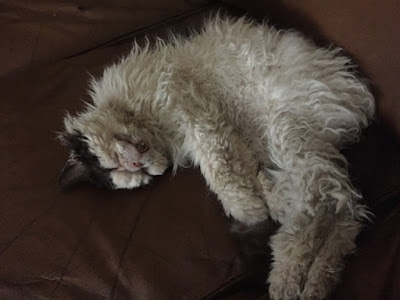 I arrived on Friday afternoon and traffic was horrible. I was drenched in sweat by the time I reached the place. I swear, at one point I felt sweat running from my leg into my boot. And then the host helped me to get my bike into the courtyard which required some tight maneuvering from the sidewalk through this door: 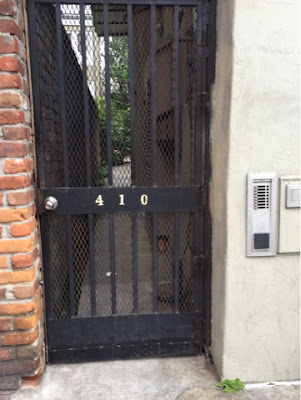 After that, I relaxed on he balcony for a little bit, looking at the floods of tourists who passed by. And the rain. 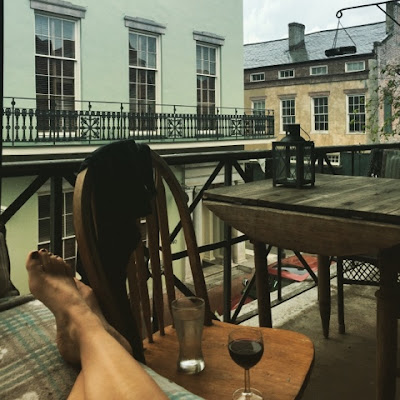 After the night out the night before I did not feel like going out again. So I just had dinner in my host's restaurant downstairs and walked around a little after it had turned dark. It's always interesting to be sober I such a party area. And I was glad I walked around because the city sure is beautiful. It's like a tiny, tropical, non-French Paris. The houses. The balconies, the old trees. The next day I went on an even longer walk. New Orleans felt like London, Paris, Barcelona, Madrid, and a few more European cities in one. If it wasn't for the unendurable, at least for me, climate, I could totally live there. Just another city full of misfits and weirdos :-). And while the French Quarter smelled like any party location smells the morning after, I loved how everyone I met greeted me when I walked through the empty streets in the morning to get breakfast.

And here are some pictures: 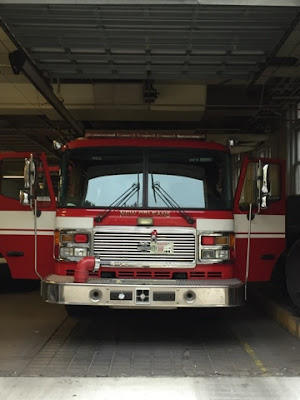 US firecars are so beautiful. Until they switch their sirens on... 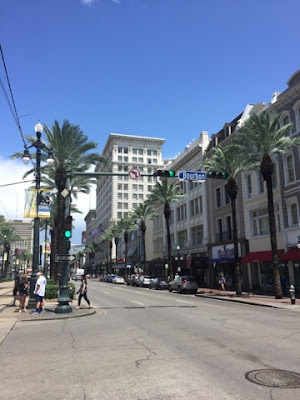 A little bit of California. 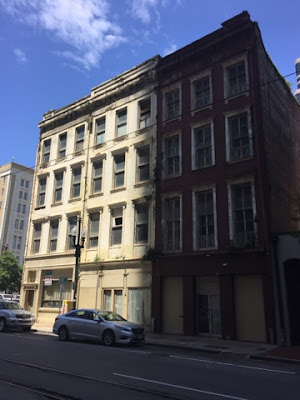 These need a little TLC. 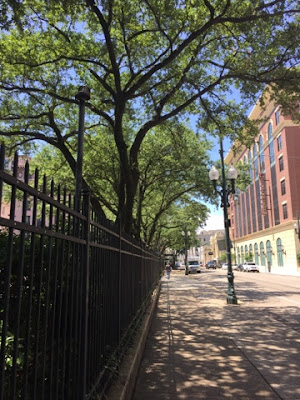 Wait, am I in London? 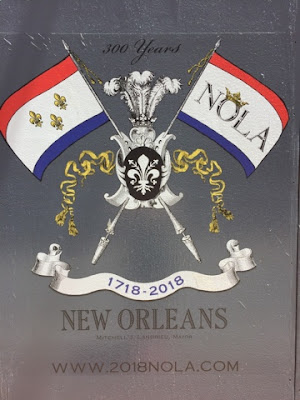 No. This city is quite a lot younger. 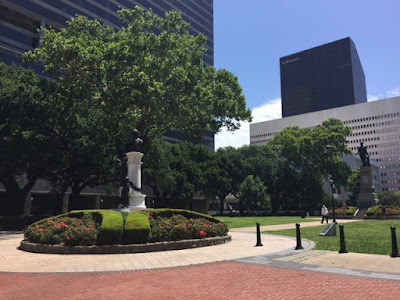 A park. By then I was sweating like crazy. 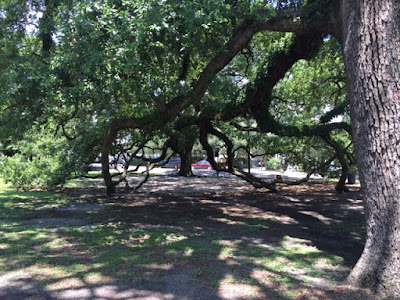 I love these old trees. And I wish they could talk. They must have seen so much more than the redwoods in the forest. 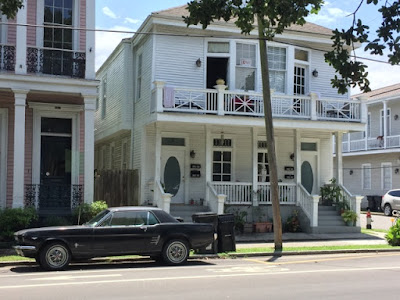 Such a beautiful combination of automobile and house. No wonder, the inhabitants and owners (?) "love" their life. 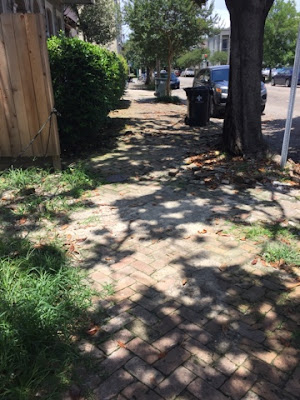 Such a good idea to get people to look up from their cell phones. 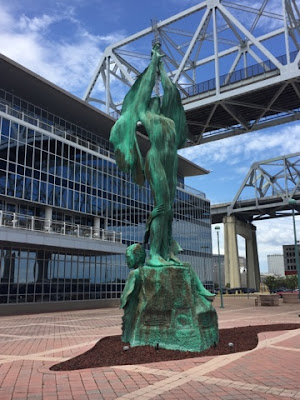 Burning Man in New Orleans. Like Truth and Beauty in copper. 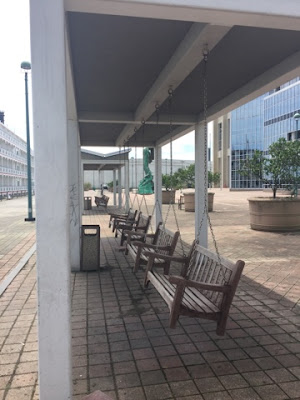 Taking porch swinging to the next level. Without a porch in sight... 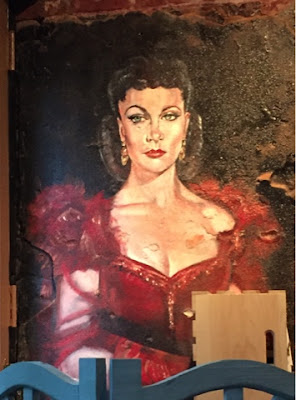 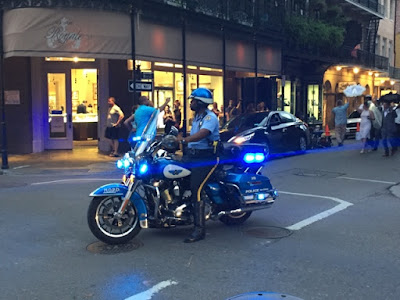 Later I went out to have dinner as I hadn't eaten anything after breakfast. And I started talking to two local girls at the bar who had bought me a drink after I had moved one seat to make room for their husbands. Who didn't show up in he end because they continued shopping. Now, I remember a time where the boys would sit at the bar and drink while the girls went shopping. Go feminism! It's great how easy it is to talk to people when I tell hem what I'm doing. And it's also nice to see that I do seem to impact some people. Or inspire them. Just by doing something I always wanted to do. Not worry about tomorrow but truly live and love every single day. Even if that means relaxing in front of the tv in a cheap motel room or spending hours on my phone to either find the least wet route or write my journal. Or watch the sunset in the desert or on the Gulf Coast, listen to jazz in a bar in New Orleans while the rain floods the streets outside, see dead alligators and turtles on the side of the road, or live giraffes, meet and talk to all kinds of different people, pack and unpack my luggage every day, feel the sand running through my hand or cool under my legs, see stars and fireflies, swim in oceans and rivers, watch nature change from state to state, from desert to lush forests, mountains to wide rivers. I enjoy every single second. And feel so incredibly alive. And if there is only one person who feels inspired by what I do, it will be worth it. And it already is for me. And be it only because of huge ass beers... 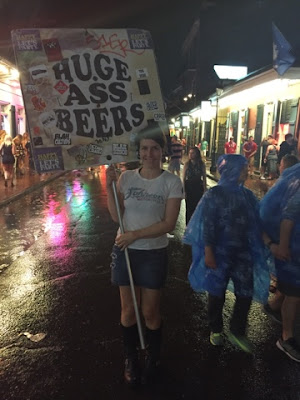