Nashville To Memphis And The Weather

It's my second night in Mempgis, Tennessee. Yes, the Elvis Memphis. Elvis, who I had a crush on when I was ten years old. Like most girls. That hair. That voice. And those moves... So pretty. 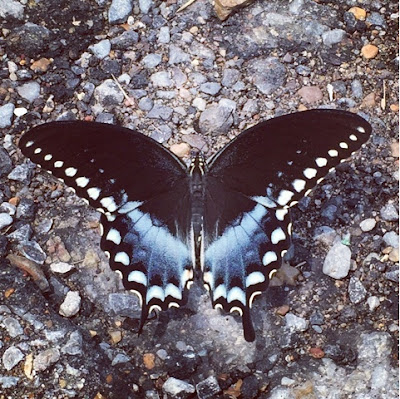 Overall I was not incredibly excited about Nashville and Memphis. This might be due to the fact that I'm a little tired of being away from home in general but also because I'm not a huge music enthusiast. But I did go to Graceland today. I was told that it is a must. Due to quite a bit of rain today I extended my stay in Memphis so I had time to do it.

I didn't visit any famous places in Nashville but I went down Broadway and past all the crazy bars. I went into a boot and hat shop and would have loved to buy one of each of only I had enough room to carry them. Or the money to spend. After a couple of beers in a bar and a walk around downtown I went to bed. 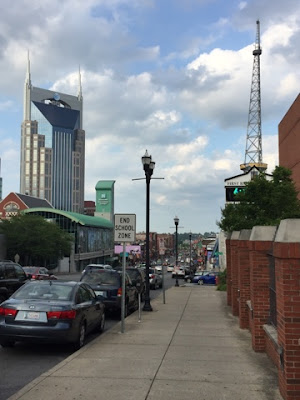 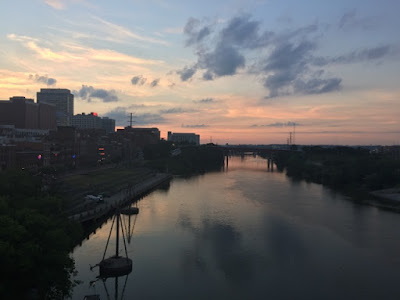 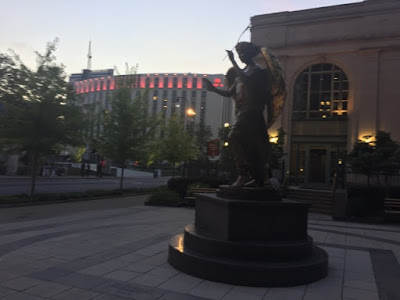 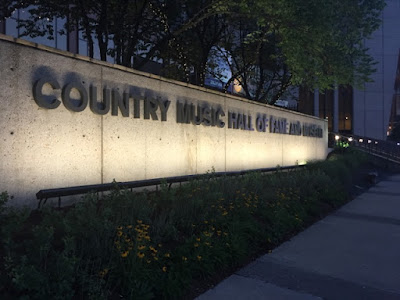 Before I made my way from Nashville to Memphis, yesterday, I spent a few hours at a coffe shop and listened to the live broadcast of the Euro Cup, Germany vs. Slovakia. It was so nice to finally hear a German broadcast even though people would look at me funny when I jumped up and down for each of the three goals. I didn't care. Germany moved on to the quarter finals and I will get to watch another match next Saturday in Santa Fe. Or listen to it. 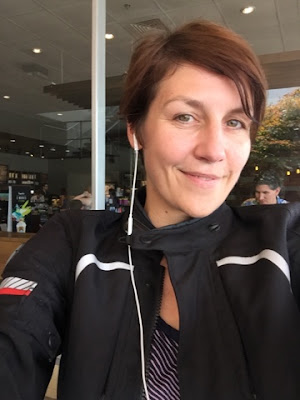 The ride to Memphis was short but pretty hot so I was glad when I finally made it to the heavily air-conditioned Airbnb. I had already booked a second night in Memphis because it looked like it would be raining all day on Monday. Which it didn't but better safe than sorry. This morning I decided that I should get my chain replaced before the long ride to Oklahoma City tomorrow. The shop was about 6 miles away and the work should be done by late afternoon.

Plenty of time to get to Graceland and watching Iceland kick England out of the Euro Cup. 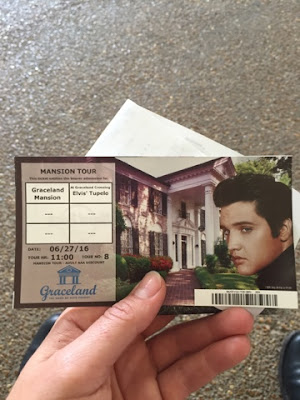 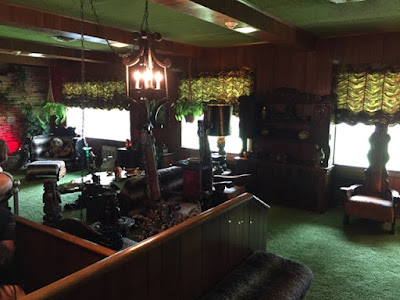 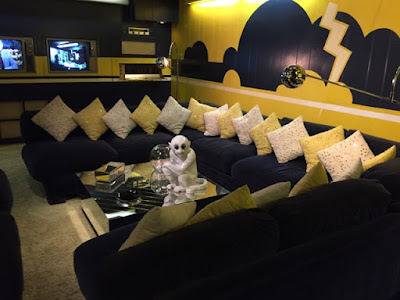 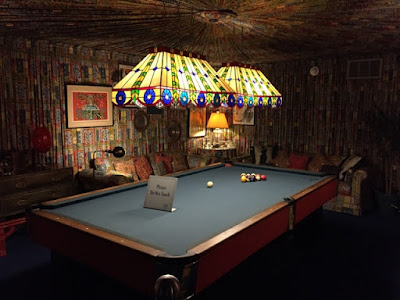 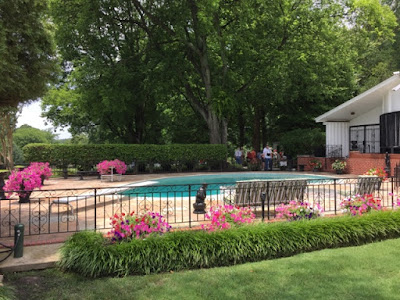 Elvis could have used someone to challenge his interior design skills. But you could tell that people must have had quite a good time at this place. And the long walls of golden and platinum records were just impressive. But half an hour was really enough to see everything.

As for managing to avoid the rain. That didn't quite work out as intended. When my bike was ready for pick up, a thunderstorm had just started and it looked like it would last a couple of hours at least. So I just bit the bullet and started riding home. Riding in the rain during rush hour in a city is not fun. I saw a few flooded areas and had to ride through a couple. And when I heard thunder and saw lightning I decided to leave the interstate and find some shelter until the worst was over. That took long enough for my clothes and shoes to get soaked through. But it looked like it was a wise decision. Even though it was still raining, albeit less heavily, when I continued fifteen minutes later, I had missed two accidents. It's tough enough to keep the bike under control, not slide on the wet road and break safely, let alone see properly. But getting involved in someone else's car accident would suck really big. But I made it safely but soaked to the hotel. Leaving in damp clothes tomorrow by expected temperatures during he day from mid 90ies (35ish Celsius) doesn't sound too awful. Not as awful like losing to Iceland must have been for England. Especially given that it could have been their last Euro Cup ;-).