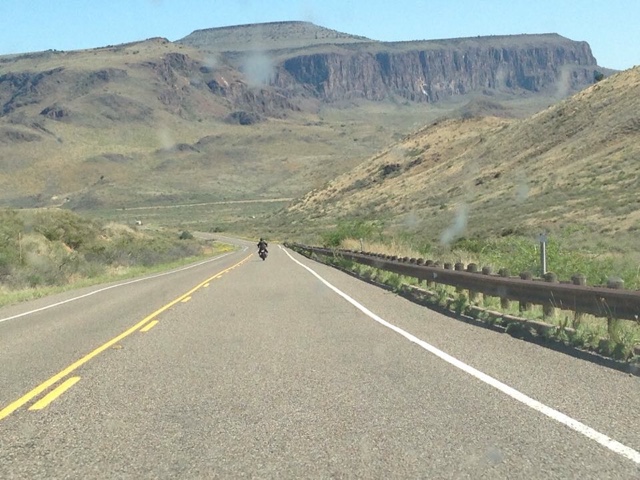 And I am back on the road again. After a few days and a really great time in Marfa with Beth I had to say goodbye once again and am now on my way to Austin. I love how with this trip, I don't only get to see so much of this country and places that make my eyes water and my heart want to jump out of my chest. No, I'm making friends. Previous strangers who open their homes for me without ever having met me before. And after a few days, their homes feel like home to me. They've become friends. And then I have to leave. And it feels like I'm leaving home all over again. Until I meet the next stranger and it all starts anew.

The week in Marfa was quiet and relaxing. The perfect mix between culture, nature, company, solitude, and action. We went to the Chinati Foundation art exhibition. Modern art in former cavalry barracks. The main piece, 100 huge, equally sized, yet each unique pieces of metal distributed over two large buildings. At one point in the first building, I had a little trouble breathing. First I thought it was because of the heat and stale air in the buildings or the guide's deodorant or aftershave that stung my nose. Especially as he managed to constantly be upwind from me. But then I realized what it was. The exhibition, the whole site of the foundation, reminded me of the concentration camps I have visited in Germany. Buchenwald and Bergen-Belsen. The heat and the smell didn't help. Neither Beth not any of the other visitors or the guide had ever been to one. And I'm sure, neither had the artist. It certainly made the experience special to me.

That night, after Beth came home from work, we sat on the patio and watched lightning dance all over the horizon. It went on for quite a while and some of them were huge and illuminated half the sky. Even though they must have been hundreds of miles away because we didn't even hear thunder. Seeing the lightning reminded me that I've had huge luck with the weather so far. It's hot, sure, but so far I've only had the one day of rain. I'm sure there will be more. And it's not just rain. But thunderstorms and tornados. I'll have to watch the forecast closely and plan accordingly.

The next day we went horseback riding. We had beaten the crowds, so instead of having to go with 20 other tourists, it was just us and the guide. At the reception of the ranch, I found a Barbie doll that was wearing the same tshirt I have at home. So, naturally, I took the doll with me, after the girl behind the desk had seen the photo and said, I should take her. 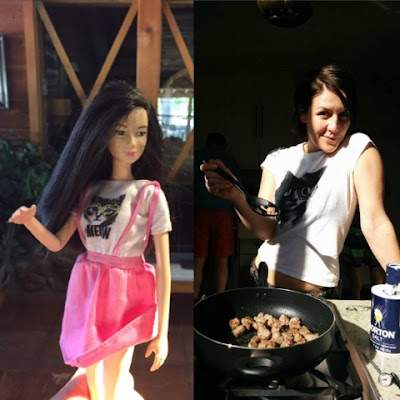 After the ranch we stopped at the Rattlesnake Museum. Where they have 18 of the 33 types of rattlers. These guys are very pretty, when behind glass. I learned that many of them live in all the states that I still need to go through. Very reassuring. And when I got outside and back in the car, Beth told me that she once drove past one and it stroke at her car! That's yet another thing to add to my list of things I don't want to happen to me while riding.

Before we head home we had lunch at a diner and I got to do another napping cowboy photo. I was cowboying like crazy and thought I was really cool. Until the waitress in the diner called me "adorable". I'm not sure that's a word one uses to describe a real cowboy. 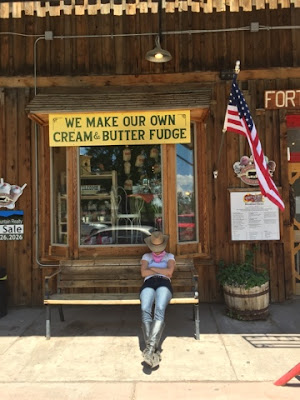 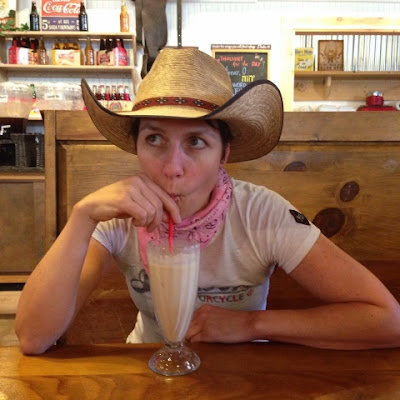 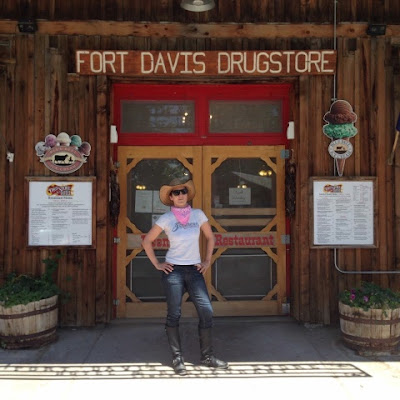 On my way home from dinner last night, when I got to the part of the way where there was only a street lamp at every other corner, I remembered the snakes and used my flashlight to make sure I wouldn't step on one by accident. Not something I remember ever having had to do when I walked home. 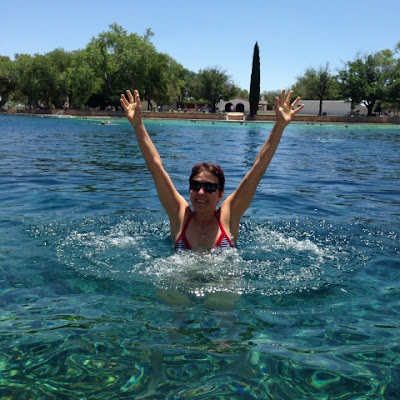 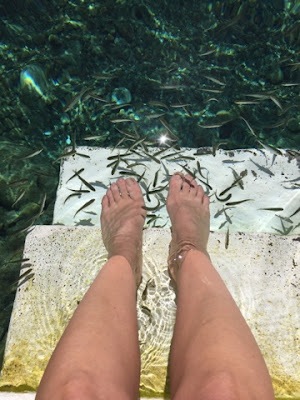 Today we drove up to Balmorhea to the fresh water pool for swimming. Such a beautiful pool, crystal clear water, fishes and turtles and snakes, too. I was glad that Beth had told me that there would be snakes. Non poisonous, but still. So I got exited rather than freaked out when I saw a six foot long snake snaking along our backpacks. Even though I should have just left it alone, I couldn't resist to touch it. But it seemed like he was used to people and just went a little faster to get to where he wanted to go. 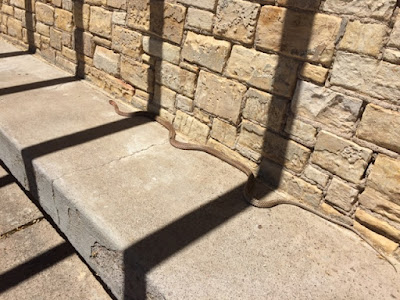 And then I had to say goodbye to Beth. She was a great companion for a week and it sure felt I'd been with her for much longer, given all the adventures we've been though! I am going to miss her a lot.

Now I'm a few hundred miles farther east. About 2.5 hours from Austin. I've ridden more than 3,300 miles so far. And I feel a little lonely. After almost two weeks of being in the company of others,  I'll have to be on my own now for almost two weeks. While right now I feel like I did on my first day, sad and homesick (not sure for what placed though), it should be getting better, soon.