Today was my second day off. Two more days to go until I'm on my way east again. Yesterday, I was on my own, as Susie, my host had to work. So I dropped her off at work and went back to the apartment. Phoenix has a lot of long roads with several lanes. According to Susie, it's also the capital of t-boning (not the steak kind). So, when I got on my bike to get groceries and a few more bungee cords I was extra careful and attentive and felt like every car was out to get me. When I left the gas station, my bike started making strange sounds. First I thought I was imagining things but after I drove up and down on the parking lot, shifting and accelerating, I was sure that something wasn't right. So I looked up the best motorcycle repair shop in my vicinity and got it checked out. Turned out, I just needed a new chain. So, twenty minutes later I was out of there and the sounds were gone.

The rest of the day I spent reading at the pool and cooking risotto. 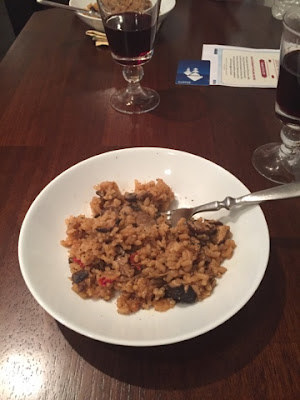 And eating it. And later we drove south to watch the sunset over the city. 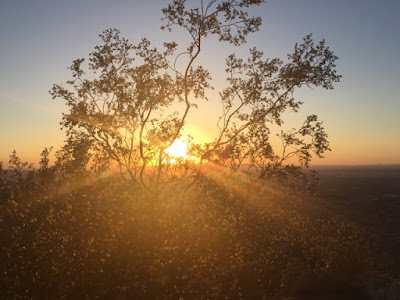 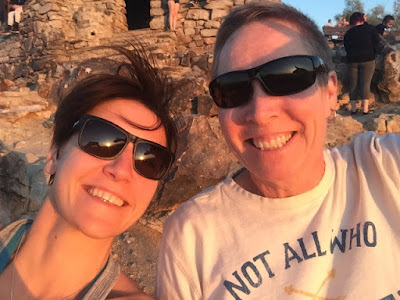 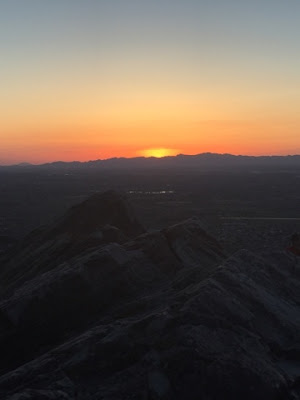 This morning we got up early, went to a nice coffee and pastry place and on a short urban hike. And then we hit the road towards Apache Junction. Phoenix is huge, apparently up to 100 miles in diameter. So it took a lot of driving to leave it. Though traffic is nothing like Bay Area traffic. I don't even want to think about being stuck in traffic on my bike here. Temperatures are going towards 100 F (40 C) and lane splitting is not allowed. I'd be cooked within minutes.

Eventually, the road started winding upwards and left and right we could see blooming Saguaro cacti on the hills and mountains. Eventually, we came to Tortilla Flat, where we spent the 20 minutes we had left before our Dolly steam boat tour would start. Enough to have a quick drink, visit the souvenir shop and the smallest museum in the world. 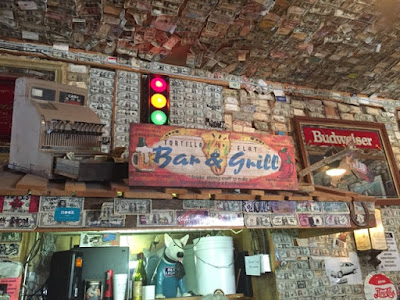 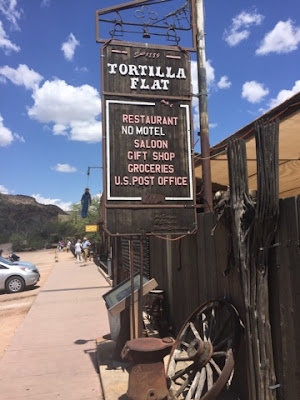 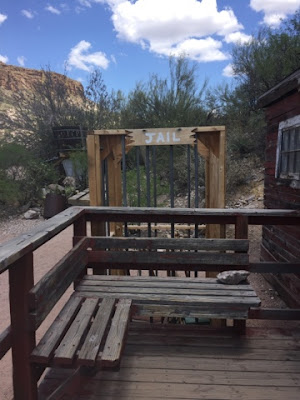 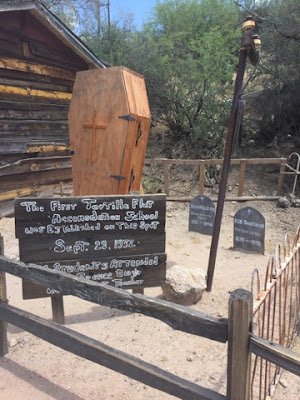 And off we went on the boat. Hardly anyone on that boat was under 60. We got to see the beautiful scenery of Canyon Lake and Salt River and kept looking for bald eagles (auf deutsch heißen die Weisskopfseeadler) and bighorn sheep. 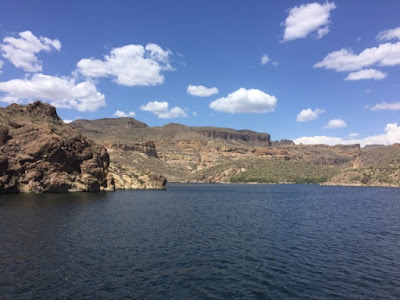 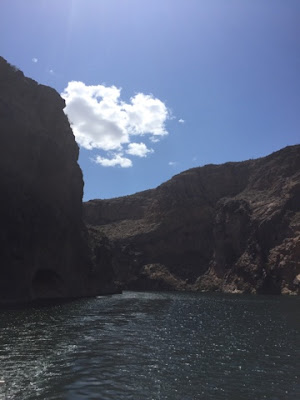 We saw two bald eagles but they were so far away that they might have been rocks. And we were almost back at the pier when we spotted a larger herd of big horn sheep, including two rams with impressive horns. There were at least 16 of them but too far away to take a decent picture. I did get a good look through the binoculars, though. One benefit of so many old people on the boat was that they moved very slowly to the other side to see the attraction the captain has just announced. Usually, the boats bounce left and right because people with cameras run back and forth to catch a photo of a part of a fluke without actually really seeing the beautiful creature they're trying to take a snapshot of.

We had just left the parking lot and crossed a narrow bridge, when I spotted another bald eagle. On a rock right next to the road. Susie stopped and switched the warning lights on and I got out of the car to admire this majestic bird. He was just a few meters away. He looked down at me as if he was saying "Dude, stop staring, I'm sitting here because no car is supposed to stop here. Move on, nothing to see here!" Nothing but one of the most beautiful and elegant creatures on our planet. I got back in the car, feeling happy and blessed to have seen one of them in real life. And didn't even have to share him with a boat load of tourists.

Here are a few more views we had on the way back: 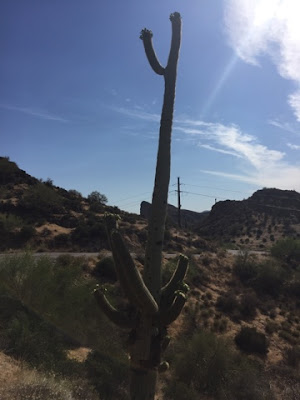 Who said, size didn't matter. These cacti need at least fifty years before they even start to grow their arms. So even the cacti would have fit in nicely on the boat. 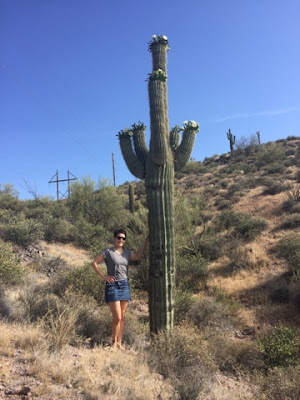